The Official Home of 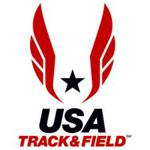 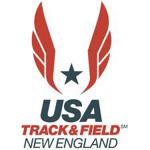 Founded by in 1980 by Bruce Ewart, the Sentinel Striders Track Club competes each year in the USATF
Cross Country (and Track) Junior Olympics. The Junior Olympics are a series of meets sponsored by USA Track
&amp; Field, the national governing body for the sport. Races are divided in two year groups based on age as of
December 31 of the current year. The length of each race is determined by the age division.

The USATF Junior Olympic Cross Country season lasts about 1 ½ months and begins at the conclusion of
the normal school season. With the short time span of the cross country season, many runners are just starting to
run their best races as their school seasons end. Junior Olympics is comparable to AAU Basketball or ODP
Soccer, where teams are generally comprised of some of the stronger runners from a wider region, as opposed to
one school or town.

In an average year, the club usually consists of over 100 runners ranging from ages 7-18 coming from
about 18-20 towns in the local area. Practices are generally held in 3-5 days/week in multiple locations
(Smithfield, Cranston, Cumberland). Because of the travel distances that can exist, we fully understand that
runners may not be able to attend our practices every day. While some of the runners with shorter rides do
attend on a regular basis, we also have runners who only make 2-3 of our practices each week and train on their
own or with their school coaches the rest of the time. We have athletes from all over Rhode Island and nearby
Massachusetts competing with our program.

We traditionally field scoring teams (5-8 runners) in most age groups. In recent years, we have had larger
turnouts of 15-20 runners in some age groups, where we end up fielding multiple teams. A majority of our
runners traditionally qualify for the Region 1 meet. From there, we have qualified between 60-70 runners for the
national meet each of the past few years. Over the past 4 years, we have had 16 teams place in the top 10 in the
country, and 23 individuals earn All-American honors by finishing top 25 in their age division races.

It is important to note that while we encourage everyone who qualifies for nationals to attend, there are
some athletes who run the first two races and then choose not to attend the nationals for various reasons (travel,
missing school time, winter sports, etc). We completely understand this situation and don’t want to see anyone
choose not to participate solely because they are unsure whether they want to attend the nationals should they
qualify. Each race provides an opportunity to compete against good competition and to improve.

We are always looking to promote and expand opportunities in the sport of cross-country. We have
hosted both middle school meets such as the Smithfield Invitational and Campopiano Invitational over the past
several years. In 2010, we were awarded the USATF-New England President’s Award for Youth Service for our
“continued support of youth athletics in the association”.